The project initiated in 2011, when we started developing prototypes for a device that could quantify the power of a punch or a kick.  We were curious to answer the question: how do you monitor improvement? How can we measure the force of a punch or a kick, and can we do it in such a way that it not only monitors improvement, but also shows the added value of using the 5 movements of Taido?

Our first three prototypes were mechanical, as we wanted to be able to use it in a dojo or even outside, without the use of electrical power. However, we never really got far with these versions: it turned out that using air pressure to measure force is an engineering nightmare, using a wooden fulcrun (of which the happy start is shown in figure 1) quickly becomes so bulky that it is impossible to use or transport, and the only good thing about using lasers is that you get to say the word laser a lot…  Indeed, the project had a very bumpy start to say the least! But what do you do when you fail? You adapt and try again. And so we did. 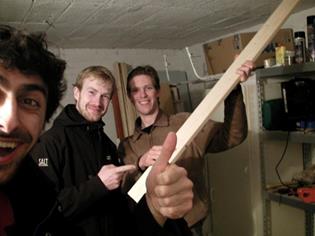 Figure 1 – Two masters of science and one PhD. Yes, really…

We finally decided to use modern electronics to make our job easier. We connected a one-dimensional accelerometer to an Arduino board, which was communicating with a laptop. The raw data created by the accelerometer was collected by the software for a period of a few seconds, and manually entered in a spreadsheet to create graphs for comparison between various techniques. It was not the perfect solution, but we finally got a working prototype!

The next step was to implement the accelerometer in a standing punch bag, to enable the prototype for a live demonstration. The best platform for a demonstration of the Force Meter to a wide audience was the WTC 2013 in Finland, so we drove the Force Meter 2.000 km to the north east.

The Finnish Taido Association allowed us to provide a short demonstration of the device after one of the Taido seminars. All we needed, was a volunteer, and Jari-Sensei kindly stepped forward. As Amir was controlling the laptop, recording the data, Kees was holding the punching bag down, to prevent it from tipping over.

Jari-Sensei delivered three punches, of which the impact measured is shown in figure 2.  The first punch (I), was a punch without using any body movement: only the arm delivered power to the punch. The second punch (II), was a standard punch with correct hip movement. This already demonstrates the importance of proper basic punching, as (II) had a larger impact than (I). The third punch (III) was a full blown sentai chokujo tsuki. This punch was significantly more powerful than the first two, demonstrating the effectiveness of adding body movement to punches and kicks.

This was a very cool demonstration, as it showed that the prototype of the Force Meter worked! We found a reliable way to measure differences in punching power. However, at this point you may be wondering: what is the point of this? Is it just a gadget, or does it have any real added value?

The Force Meter for better training

The entire goal of the Force Meter project can be summarized in one word: quantification. We wanted to quantify not only differences in Taido techniques, but also the improvement of students.

When you start training Taido, the learning curve is steep. So steep, that your progress is evident: you can see and even feel that you are getting better. On top of this, you have a Sensei that can easily keep track of your progress as well, so that he can let you know about the areas that are not improving as much.

However, by training more, the curve flattens, and it gets hard to keep recognizing your improvements. Wouldn’t it be easy to see a four-digit number representing how well you are doing? And see that number increase as you are getting better over time? This concept is used in video games all the time, and the Force Meter is developed to make it applicable in real life as well.

Some examples of how to use the Force Meter:

Figure 3 – Use the force meter to improve your technique

We would like to add a fair warning, as well. The Force Meter cannot be used to compare yourself to others. Firstly, this will not help you in your personal development. More importantly, it would be pointless: it will show whichever one of the students is either the heaviest or the strongest, instead of who has the best technique. So use the Force Meter correctly: use it for your own improvement.

At this point, you may be wondering: what have you guys been up to since the demonstration in Finland in 2013? Well, a lot!

Firstly, we have the accelerometer communicate with a Microview instead of an Arduino, resulting in a battery powered Force Meter, which does not need a computer to display data. In other words, the new version is completely stand alone!

Secondly, we are implementing a three-dimensional accelerometer, allowing us to display the force of a punch or kick, as well as its accuracy and direction.

Thirdly, we are adding a calibration module. The goal is to enable the use of the Force Meter in any pad: calibrate it before use, and it should deliver valid data.

In the end, the result is a small, easy to use device which could help you to improve your Taido, and you can build it yourself!